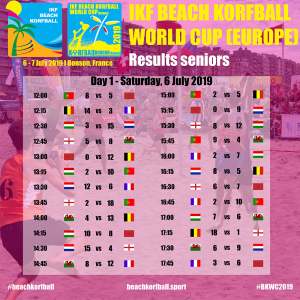 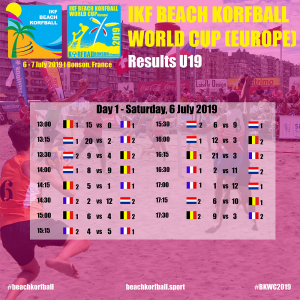 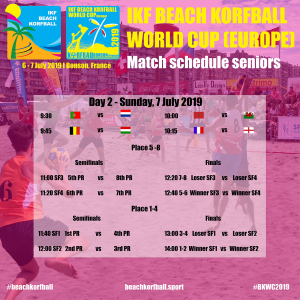 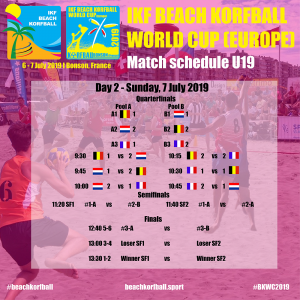 With just over 2 weeks to go, the match schedule for the IKF Beach Korfball World Cup (BKWC) (Europe) 2019 is known. Because of the unfortunate withdrawal of the Wales U19 team, a second U19 team from Belgium will participate in Bonson, France.

For the match schedule, go to the event page.

Sorry, no posts matched your criteria